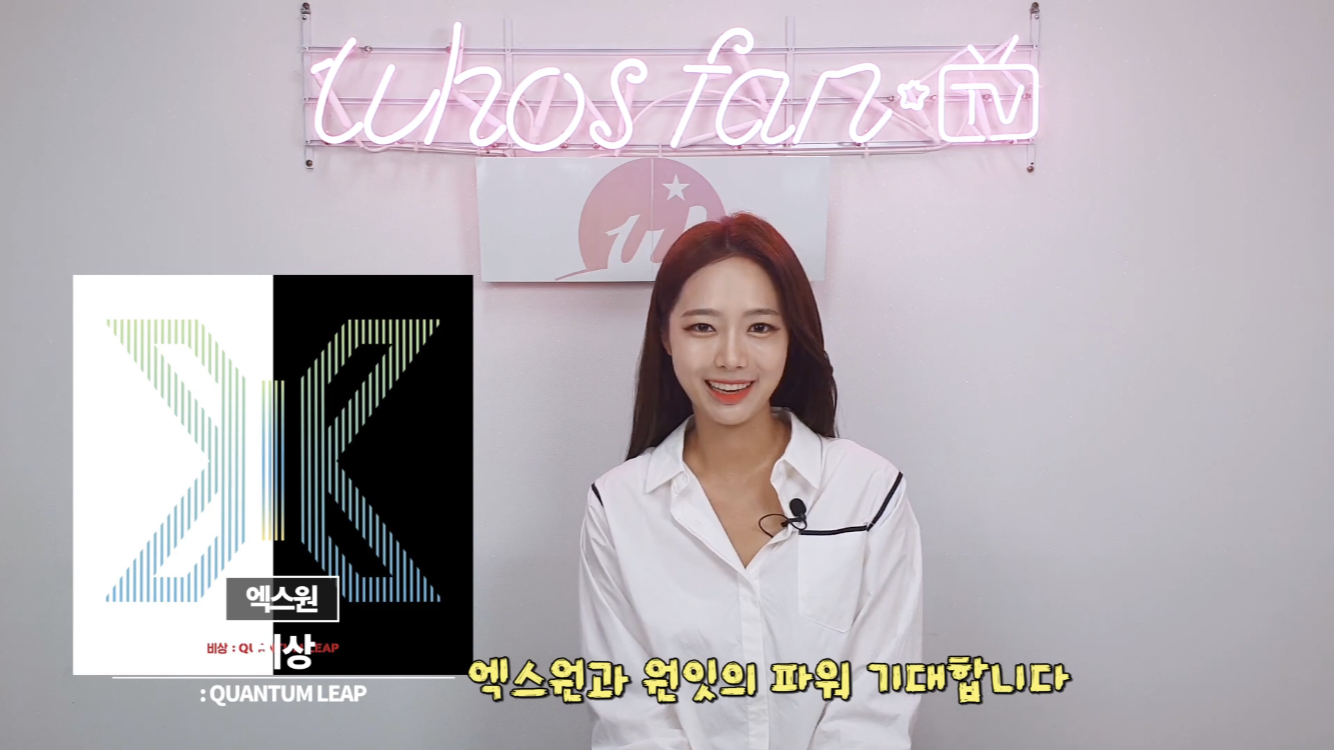 On the 3rd, the YouTube channel ‘WhosfanTV’, operated by ‘Whosfan,’ a community platform for K-Pop fans all around the world, released the video of Hanteo Chart’s 5th week of August Physical Album Chart TOP 10.

WhosfanTV’s official MC, the newscaster Jo Seo Yeon, reported that the 1st place in the 5th week of August’s album sales was taken by X1’s ‘QUANTUM LEAP.’ The debut album recorded a tremendous sales of 460,000 copies during 6 days.

In the video, newscaster Jo Seo Yeon said that she is curious about not only the Initial Chodong (1st week of release) sales but also the records that X1 and the fandom ‘ONE IT’ will continue to set in the future. After the filming of the video was finished, the Initial Chodong sales of X1 that was released on the 3rd exceeded 500,000 copies. With this, X1 now bears a new title of ‘half-million seller’ with the Initial Chodong records.

The higher ranks of the chart were followed by ‘The Moment of Illusion’ by UP10TION and ‘We Boom’ by NCT DREAM.

[Breaking] EXO-SC's (Sehun&Chanyeol) 1st Studio Album '1 Billion Views' Breaks the Unit's Initial Chodong Record on the First Day of Release! "Album sales of more than 260,000 copies... Can it reach half a million?"

SF9 Selected as the Artist of the 3rd Week of July with the Most Support From the Global Fans "BLACKPINK 2nd and IRENE/SEULGI 3rd... Seoul Bus ads reward for all the artists in the top ranks"

SF9 was voted in the 1st place in the poll, 'Which artist and song do you support the most in the 3rd week of July?,' ran by the global K-pop fandom platform 'Whosfan.' The poll was ran from July 10thto July 13th, and the30artists who are currently actively promoting with new albu