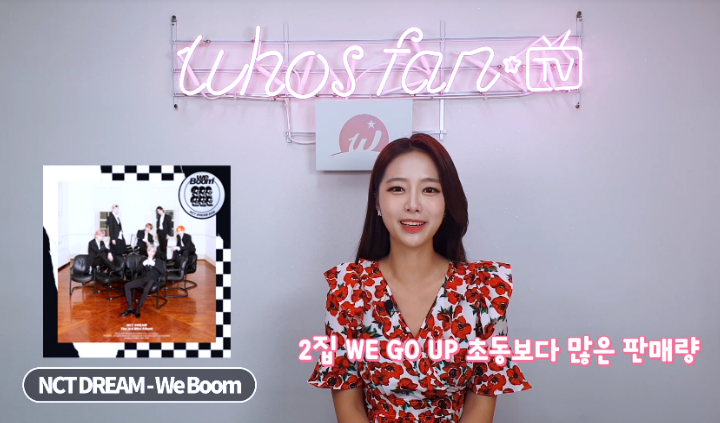 On the 13th, the YouTube channel ‘WhosfanTV’, operated by ‘Whosfan,’ a community platform for K-Pop fans all around the world, released the video of Hanteo Chart’s 2nd week of August Physical Album Chart TOP 10.

WhosfanTV’s official MC, the newscaster Jo Seo Yeon, reported that the 1st place in the 2nd week of August’s album sales was taken by NCT DREAM. The higher ranks of the chart were followed by ‘What a life’ by EXO-SC (Sehun & Chanyeol) and ‘SPARK’ by JBJ95. ‘PINK PUNCH,’ a debut album by Woolim Entertainment’s rookie girl group, Rocket Punch, also was in the ranking.