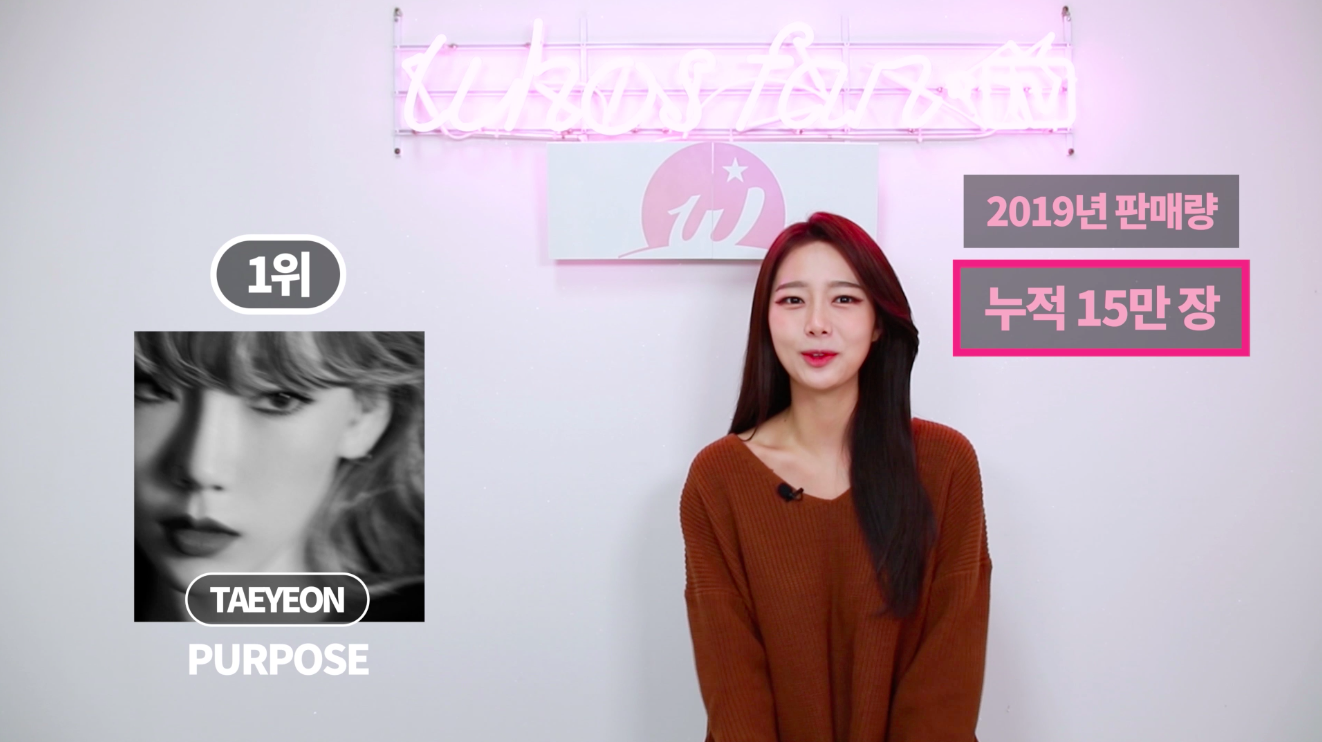 On January 6th, the YouTube channel ‘WhosfanTV’, operated by ‘Whosfan,’ a community platform for K-Pop fans all around the world, released the video of Hanteo Chart’s 1st week of January Physical Album Chart TOP 10.

WhosfanTV’s official MC, the newscaster Jo Seo Yeon, reported that the 1st place in the 1st week of January’s album sales was taken byTAEYEON’s ‘Purpose.’ Claiming the 1st place in the first Weekly Physical Album chart of 2020, TAEYEON will hold ‘TAEYEON Concert - The UNSEEN’ over 3 days from January 17th to 19th.

Following TAEYEON’s album, the higher ranks of the Weekly Physical Chart of the 1st week of January were taken by ‘Clé : LEVANTER’ by Stray Kids, ‘‘The ReVe Festival’ Finale’ by Red Velvet, and more.

https://youtu.be/nENzjBczpnA On the 25th, the YouTube channel ‘WhosfanTV’, operated by ‘Whosfan,’ a community platform for K-Pop fans all around the world, released the video of Hanteo Chart’s 3rd week of February Physical Album Chart TOP 10. WhosfanTV’s off

Group Dreamcatcher has broken the group's previous Initial Chodong (first week sales) record and achieved growth once again with the album,'Dystopia : The Tree of Language.' On the 25th, Hanteo Chart, who operates the world’s one-and-only real-time music chart, officially counte

Group BTS is continuing on the unprecedented record-breaking parade with the album, 'MAP OF THE SOUL : 7.' As there are 2 days leftof Initial Chodong (first week of release) sales period including today, we reviewed the records that the 'MAP OF THE SOUL : 7' album as achieved as a