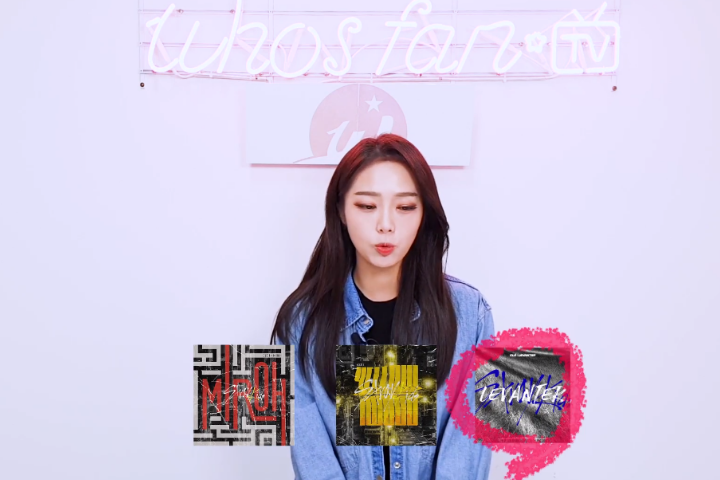 On December 16th, the YouTube channel ‘WhosfanTV’, operated by ‘Whosfan,’ a community platform for K-Pop fans all around the world, released the video of Hanteo Chart’s 2nd week of December Physical Album Chart TOP 10.

Through the video, Jo Seo Yeon newscaster watched the music video of ‘Levanter’ and mentioned the pre-debut survival program that Stray Kids appeared in. She showed a warm smile while watching the members who grew up to who they are from their trainee days.

Continuing from the previous album, Stray Kids’ members participated in the songwriting and lyrics of the latest album, ‘Clé : LEVANTER.’ They have certainly proved their growth not only of their looks but also as an artist.

Following Stray Kids’ album, the higher ranks of the chart were taken by ‘MOMENT’ by Kim Jaehwan, ‘OBSESSION' by EXO, and more.

[New Release] LAY of EXO Releases the 4th Solo Album '蓮 (LIT)' Part. 1! "Unrivaled concept that connects the life of the past and after - what is the song that LAY will sing to us?"

On May 20th, LAY has pre-released '玉 (Jade)' for the latest album and garnered public's attention. The pre-release track '玉' is based on the story of 'Yu the Beauty' from the Peking opera 'Farewell My Concubine,' and the song is about a destined love story. Mor