[WhosfanTV] TOP 10 of the 5th Week of November’s K-Pop Weekly Physical Album Chart
“EXO and X-EXO, the two concepts take over both stage and chart!” 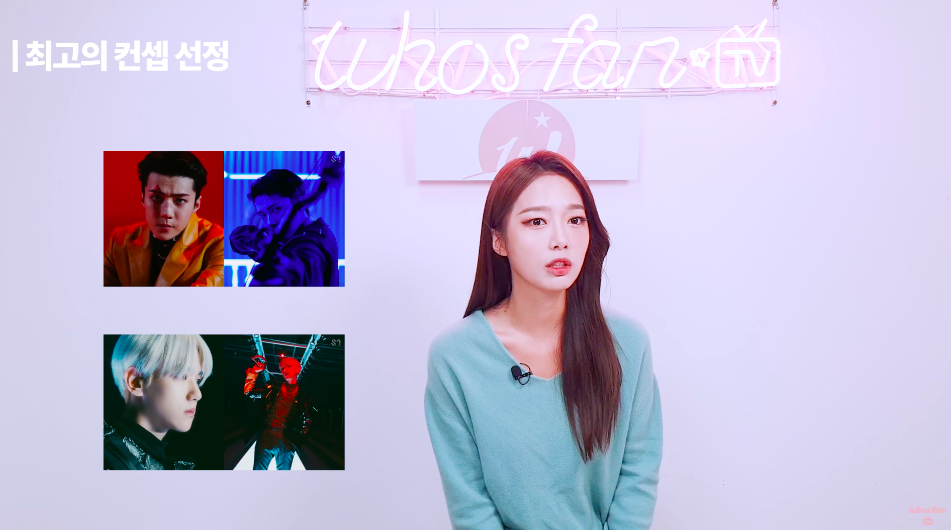 On December 3rd, the YouTube channel ‘WhosfanTV’, operated by ‘Whosfan,’ a community platform for K-Pop fans all around the world, released the video of Hanteo Chart’s 5th week of November Physical Album Chart TOP 10.

WhosfanTV’s official MC, the newscaster Jo Seo Yeon, reported that the 1st place in the 5th week of November’s album sales was taken by EXO’s ‘OBSESSION.’ This promotion is of the concept that EXO and ‘X-EXO’ competing with each other, and EXO garnered attention with yet another flawless performance during the promotion.

The fans’ anticipation is also high as the news of EXO holding a solo concert ‘EXplOraion[dot]’ at Seoul Olympic Stadium from the 29th to 31st is announced.

Through the video, Jo Seo Yeon newscaster watched the music video of EXO’s title track ‘Obsession’ and expressed her thoughts on the two concepts of EXO and X-EXO and the competition between the two.

Following EXO’s album, the higher ranks of the chart were taken by ‘Love poem’ by IU, ‘FOLLOW : FIND YOU' by MONSTA X, and more.

[New Release] LAY of EXO Releases the 4th Solo Album '蓮 (LIT)' Part. 1! "Unrivaled concept that connects the life of the past and after - what is the song that LAY will sing to us?"

On May 20th, LAY has pre-released '玉 (Jade)' for the latest album and garnered public's attention. The pre-release track '玉' is based on the story of 'Yu the Beauty' from the Peking opera 'Farewell My Concubine,' and the song is about a destined love story. Mor